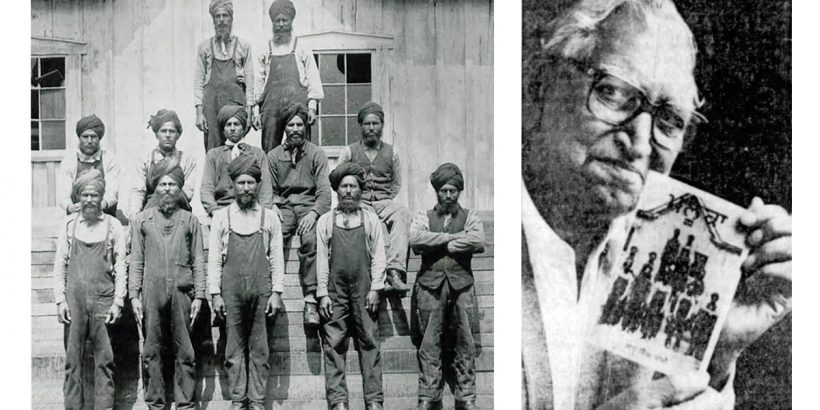 Thanks to Rob Howatson for sharing this article on JO Alumni, Sadhu Singh Dhami from Vancouver Trueborns:

In the 1920s, Sadhu Singh Dhami was the first Punjabi to finish grade 12 high school in B.C., but if his novel Maluka has any truth to it, and it does read like an autobiography, his first attempt to enter the Vancouver school system was aborted. The author’s alter ego in the book arrived alone in Canada at age 16 and worked at Dominion Mill near Boundary and Marine. His illiterate co-workers encouraged him to study. “Don’t end up like us with sawdust on our turbans and sawdust in our hands.”

Maluka did a lot of his thinking while resting on the banks of the North Arm of the Fraser. The river’s ceaseless flow was soothing and reminded him of the Sutlej gliding across his homeland plains. He explored the Vancouver streets, parts of which were paved with wooden bricks “that looked like the scaly back of some strange amphibian monster.” He attended the Gurdwara on 2nd Avenue near Cypress to mingle with more Sikhs. After some reflection, the 16 year old decided to continue his education in Canada and he presented his school records to the principal at Kits High. The administrator greeted him coolly, but reluctantly admitted that the documents qualified the boy for grade 10.

“Would you be glad to have me in the school, sir?” Maluka asked.

“Not particularly,” came the clipped reply.

The lad went across town to John Oliver where principal Jake Palmer welcomed him to South Van’s first high school.

The author would eventually obtain his Ph.D in 1937 at the University of Toronto. He was a trade union activist, a spokesman for the rights of immigrant compatriots, a crusader against fascism and an advocate of Indian independence. Dhami died in 1997 at the age of 88 in Geneva where he had a lengthy career in the International Labour Office.

Today the Dominion Mill site is an emerging residential neighbourhood called the River District and John Oliver Secondary is one of the most multicultural schools in the province.